In mathematics, two quantities are in the golden ratio if their ratio is the same as the ratio of their sum to the larger of the two quantities.

Clear?? Maybe this will help:

The Golden Ratio or phi is a ratio in which if you take a line and cut it in 2 parts, the ratio of the larger part to the smaller part is the same as to the ration of the original line to the larger part. This is also called phi  and is estimated to be 1.618… The Golden Ratio is used to create the most aesthetically pleasing figures, for example: as defined by the golden ratio—is roughly 1.6, which means a beautiful person’s face is about 1 1/2 times longer than it is wide. 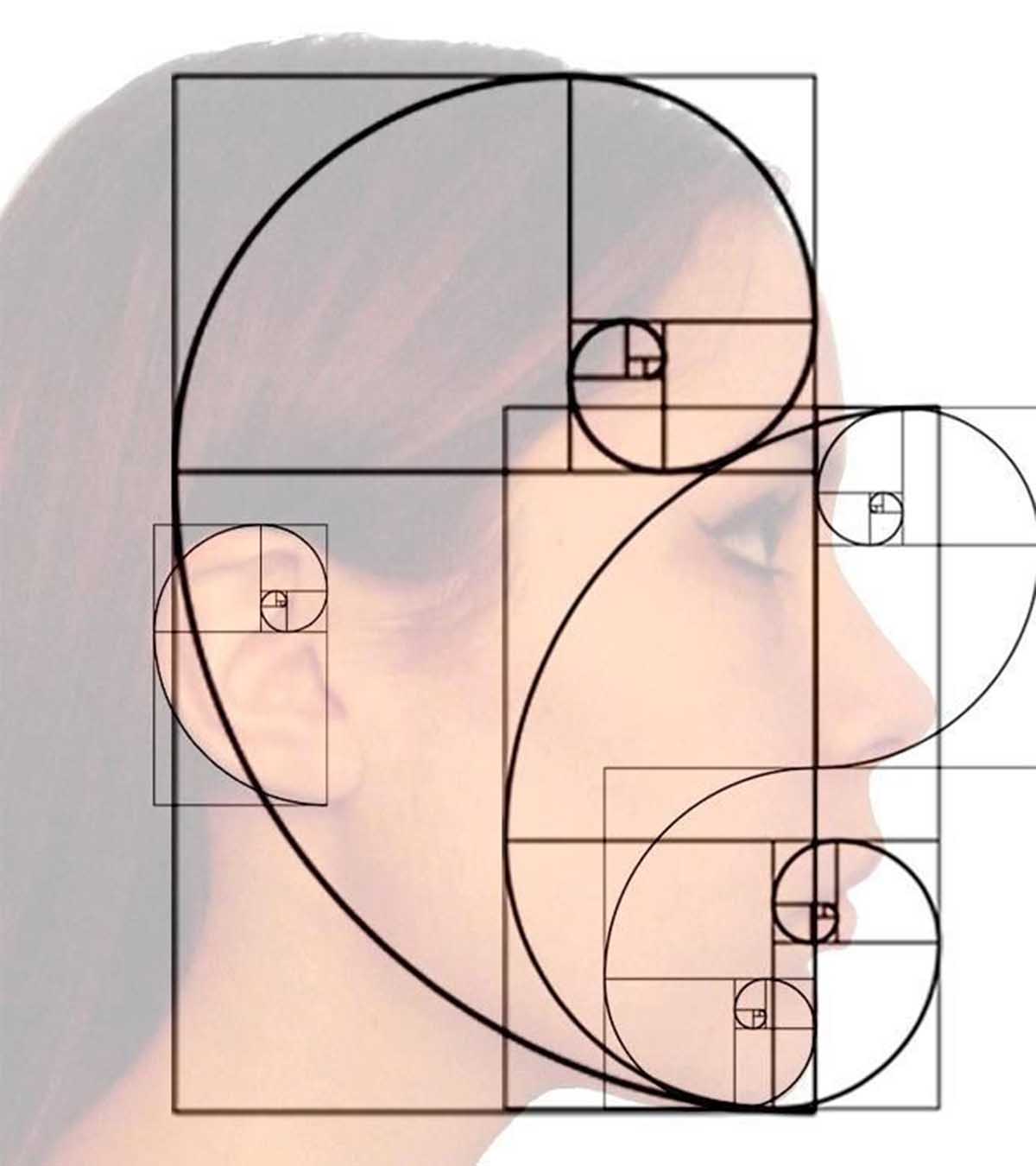 Phidias (500 B.C. – 432 B.C.) was a Greek sculptor and mathematician who is thought to have applied phi to the design of sculptures for the Parthenon. Plato (428 B.C. – 347 B.C.) considered the Golden ratio to be the most universally binding of mathematical relationships.

Golden Ratio finds huge application in print design like: posters, marketing materials, visiting cards etc. This is how we use golden ratio effectively in our work as graphic and user interface designers.

Layout in web or graphic design is used to arrange visual elements on a page. It involves organizing the art composition to achieve specific communication objectives. Golden Ratio can be used to define the widths of panels, sidebars or even height of the views. 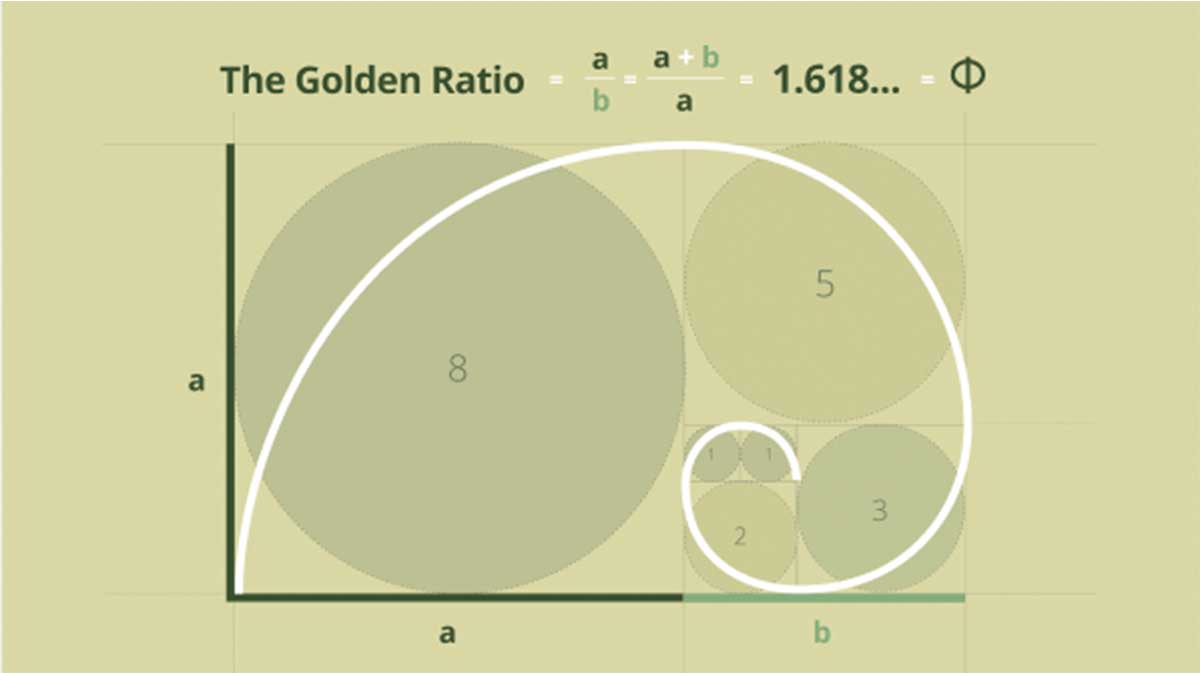 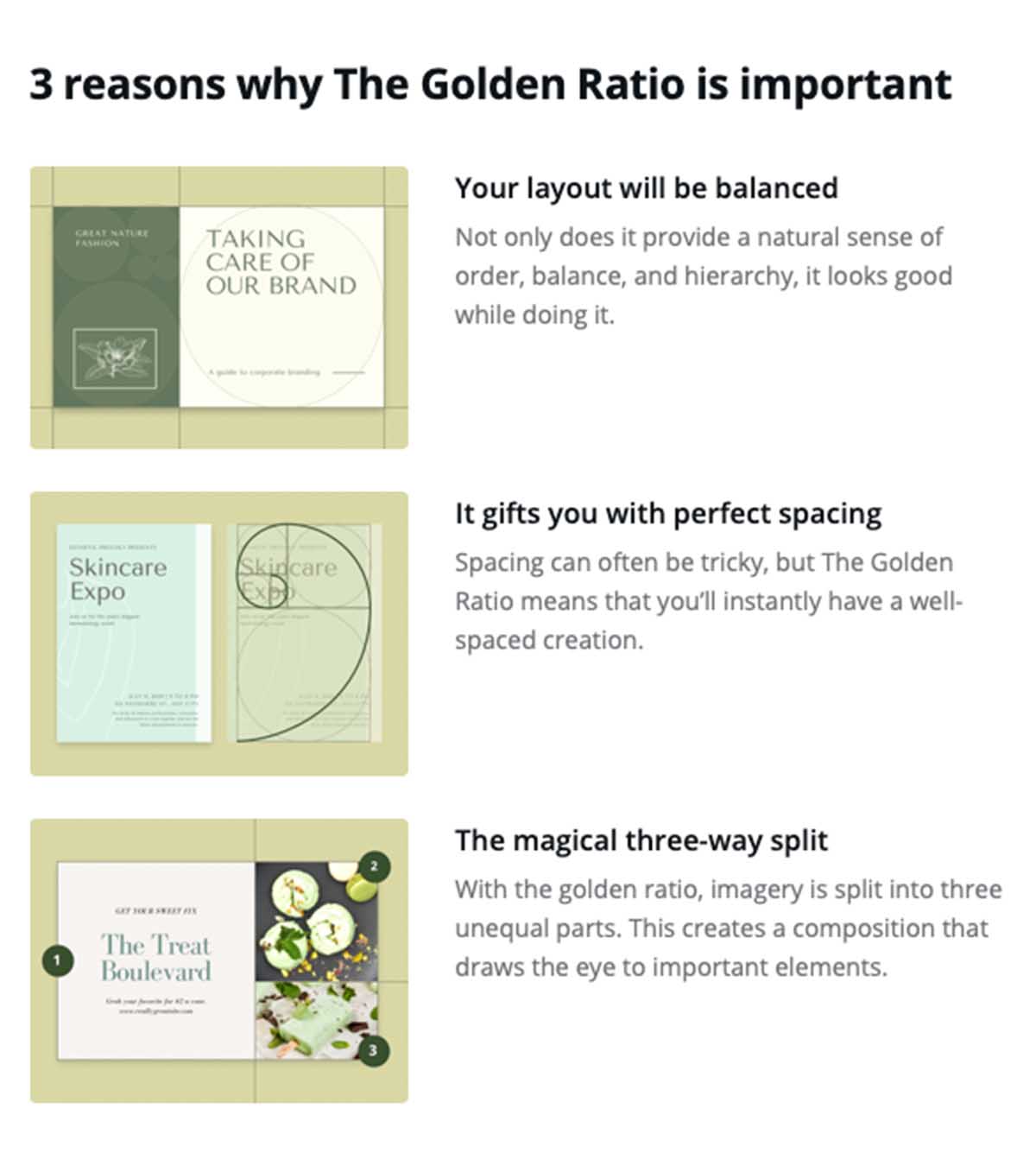 The Golden Spiral can be used as a guide to determine the placement of content. Our eye is naturally drawn to the center of the spiral, which is where it will look for details… 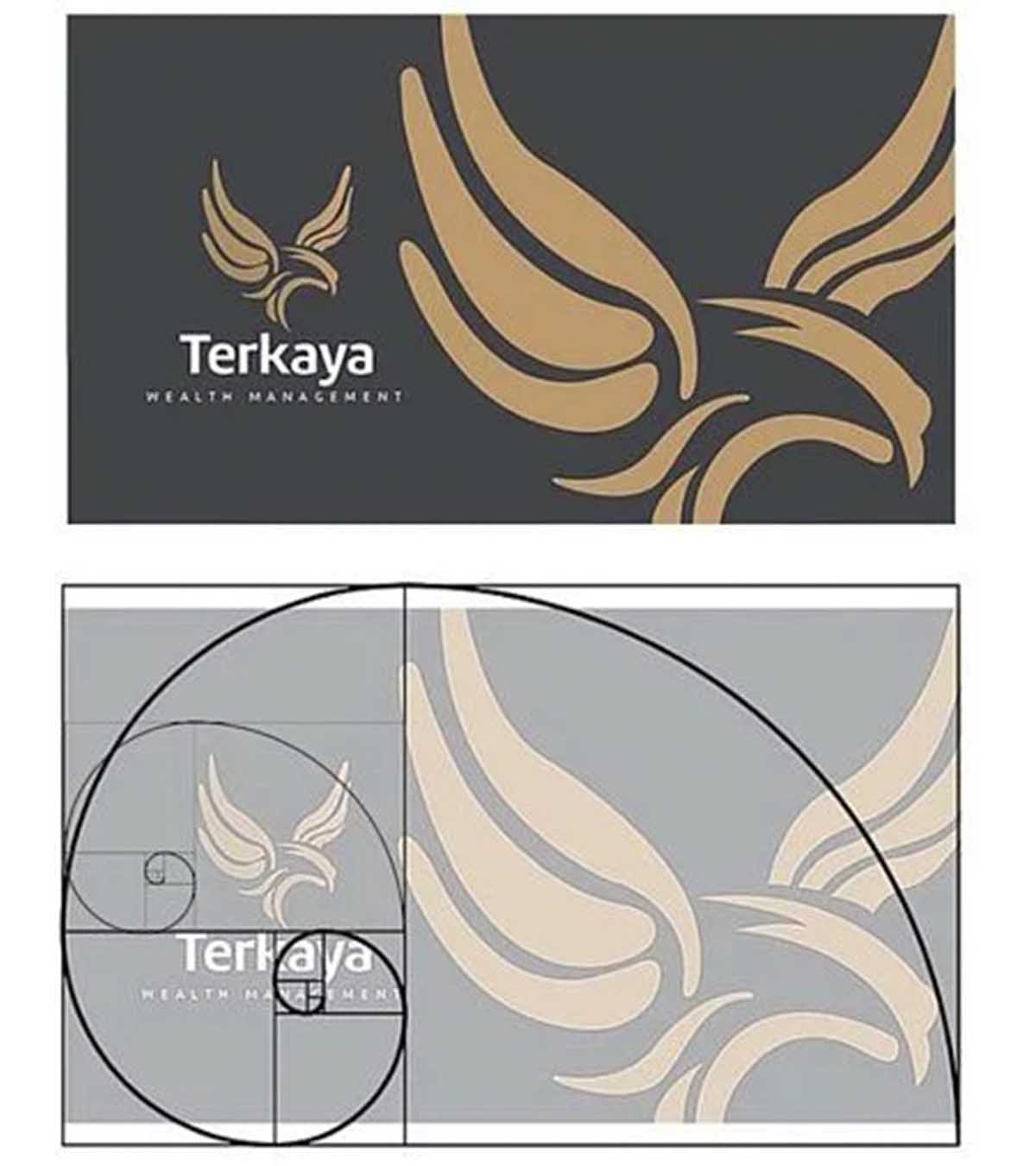 This harmony and proportion has been recognized for thousands of centuries: from the Pyramids in Giza to the Parthenon in Athens; from Michelangelo’s The Creation of Adam on the ceiling of the Sistine Chapel to Da Vinci’s Mona Lisa, from the Pepsi logo to the Twitter logo and even our faces and bodies.